After writing a post about banded bullfrogs earlier this week I started to wonder if the one that inhabits my plant pots is still around. It’s been a long time since I’ve seen his chubby little face poking out of the soil. I was starting to wonder if he’s moved on or was just buried somewhere in one of the pots waiting for the dry weather to pass.

Later that day I decided I’d try a little experiment to see if he was still in one of the plant pots. That evening I flooded all of the pots to make sure they we’re truly sodden, and then I waited. Nothing happened…….maybe he had moved on.

Later on in the evening as i was preparing to take the dog out for a walk I noticed a rather chubby backside perched over the rim of one of the pots.It was our little bullfrog, although he’s not so little anymore. He was just sitting there looking out onto the street, watching the world go by. 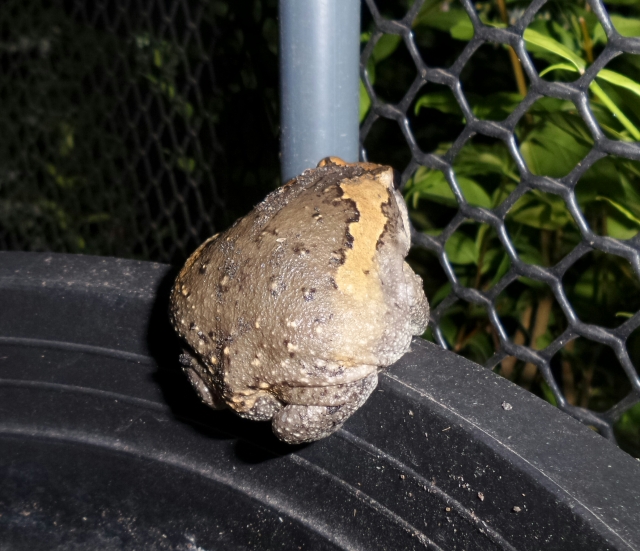 Since then.I’ve kept the plant pots well watered and he’s been out every night since. 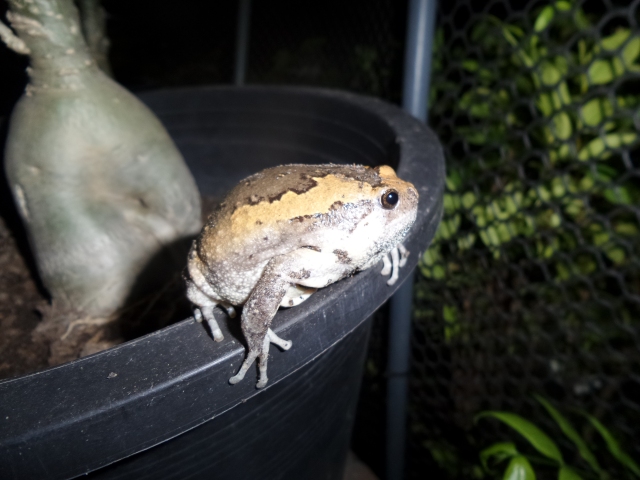 One thought on “Banded Bullfrog Update”