We were so impressed by the amount of wildlife we saw at Ton Prai on our previous visit  that we decided to go back for a second look around.We  arrived earlier than the last time in the hopes that more animals would be out sunning themselves before it got too hot later in the day. Sadly there were no butterfly lizards to greet us at the entrance this time but we weren’t dis-heartened.

We took the same path we had previously to the waterfall to see what wildlife treasures awaited. The sun wasn’t coming through the canopy yet and at first there wasn’t too much going on, just a few butterflies and of course the usual skinks everywhere, but there was this cool purpley blue butterfly though…….

Once we got to the waterfall we could see that this was where all the life was. There were scores of butterflies on the rocks by the water sunning themselves in the mornings warmth. One particular butterfly took a liking to Carly’s shoes…..

The other butterflies around were just as tame and let us get some great close up shots.

After a dip in the waterfall we headed back down towards the car park. This time it was Carly who spotted a lantern bug (Pyrops karenia) on a tree and what a beauty it was, and as a bonus there was a second one a little higher up on the same tree.

Just past the tree with the two lantern bugs, I spotted a gliding lizard on a tall thin tree.

It was a Sunda Colugo (Galeopterus variegatus) which, when you looked up into the tree was almost perfectly camouflaged as an ants nest or clump of moss. A closer look through the camera lens and there was no denying what it was. 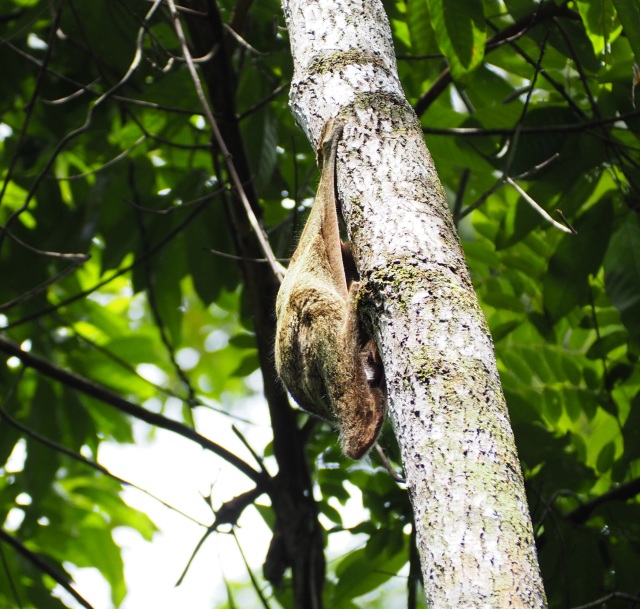 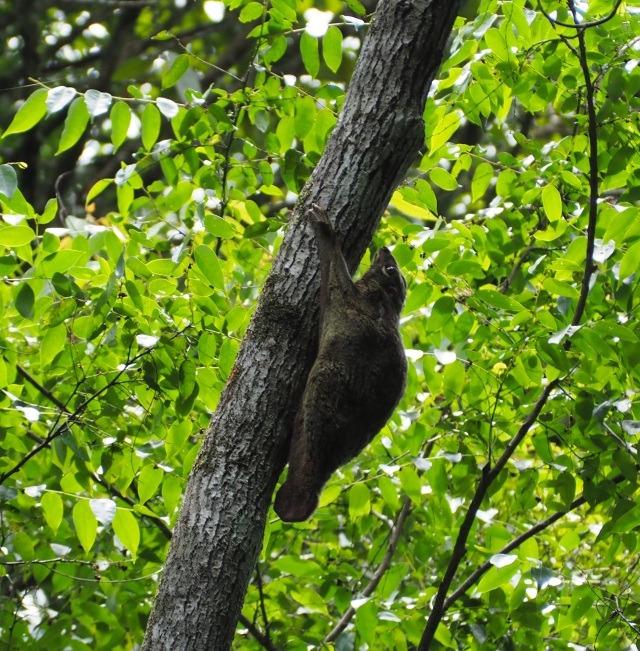 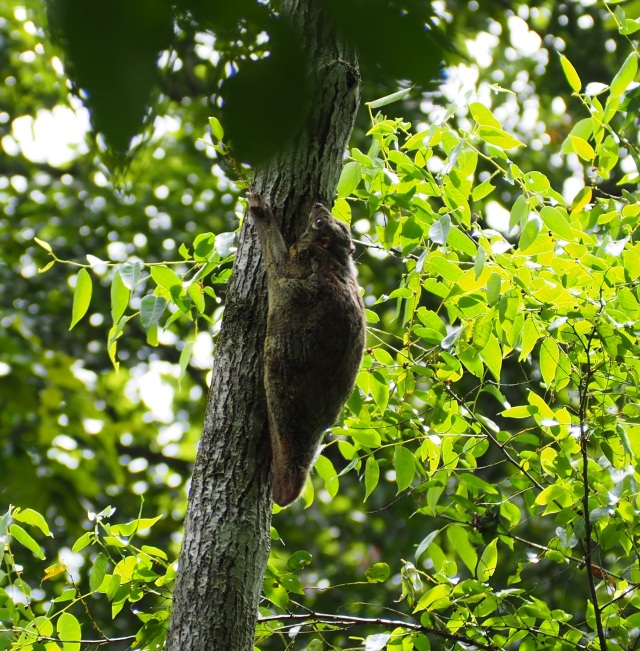 Yet again Ton Prai did not disappoint and I checked another species I’ve always wanted to see off my list. Ton  Prai has now moved from my top 5 to being my all time favourite park to visit in Phang-nga.

2 thoughts on “Return To Ton Prai”