A friend of ours, Linnea, had been asking  if she could accompany us on one of our herping trips and what better excuse for us to check out our favourite herping spot again (as if we needed an excuse!)

Linnea wanted to see some snakes and as we headed up the trail I assured her that we’d see a snake, and that we’d never been to this location and NOT seen a snake.

We started the night by checking out a spot where I know the juvenile Chinese Water Dragons (Physignathus cocincinus) like to sleep (start off with a sure thing) and sure enough there was one asleep in the same spot I’d seen it the last time. So far the herping was off to a good start.

After the water dragon we didn’t see much for a while and we all started to wonder if we would see any snakes at all.

We stopped at a tree where I’ve seen Laotian Wolf Snakes at least three times before. I started walking around the tree, looking in the tree, up into the branches and on the floor but couldn’t see anything. The night wasn’t looking very promising, as we usually would have spotted at least one snake by this point on the hike.

Just as we were about to walk away Linnea said she’d seen a snake, and sure enough in one of the hollows of the tree was the characteristic yellow and black coil of a Laotian Wolf Snake. A great spot as it really wasn’t easy to see. 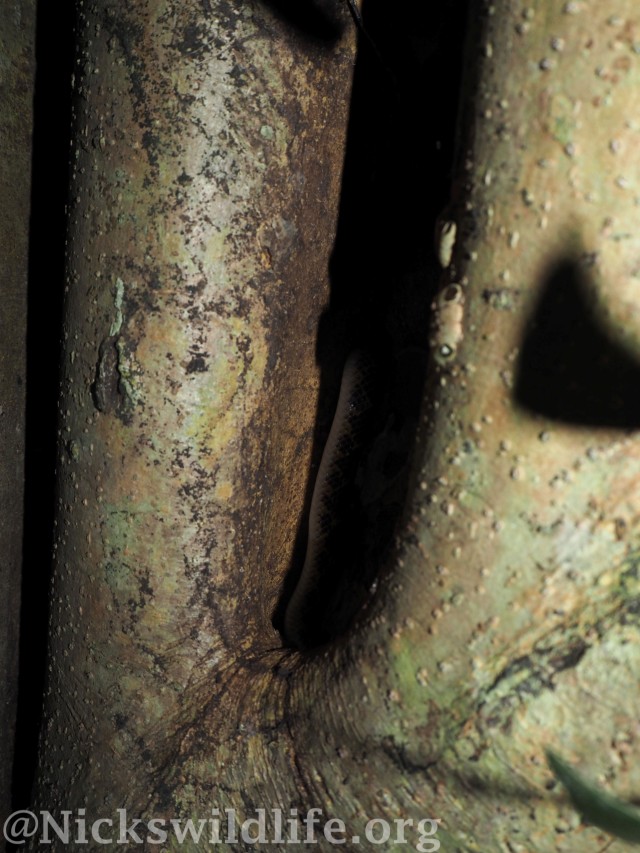 I really wanted to get the snake out of the hole to show her its beautiful colouration but despite my best efforts to try to convince the snake to come out of the tree it wouldn’t leave the comfort of its hiding place.

We decided we’d leave the snake and check the tree later on our way back down the trail. When we returned to the tree later (about an hour or so later) we were pleasantly suprised to see that it had decided to leave the tree and was out and about on the floor.

The snake wasn’t the only cool thing Linnea spotted that night. She spotted a beautiful Hawkmoth (Callambulyx rubricosa) that must have just emerged from its chrysalis. It was so freshly emerged that it was still inflating its wings, they were only about 30% inflated. We took some photos and decided check on it on the way back down the hill to see how much further its wings had developed. When we found it again (about an hour or so later) it had almost finished inflating its wings and was looking more like a hawkmoth. Another great spot and how lucky to have seen it right after it had emerged. 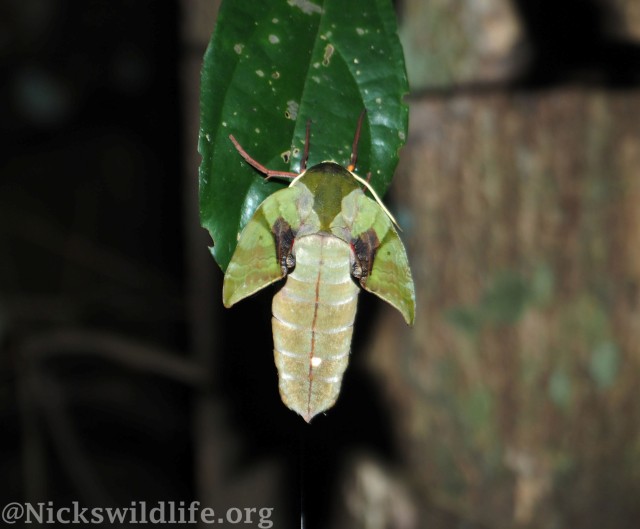 After the hawkmoth we saw one of our favourite gecko species, the Intermediate Bow-fingered Gecko (Cyrtodactylus intermedius). I was relieved that we were spotting some wildlife on Linnea’s first herping experience (with us), even if it wasn’t snakes.

We had been hiking for a while now, and Carly and I were just about to suggest turning back, as we usually don’t see anything this high up on the trail, also the path becomes increasingly steep, rocky and hard to walk on. There was a narrow path off the main trail leading into the forest and we decided to check it out before we headed back down the hill. It was well worth the effort.

I was standing on a rock scanning into the brush waiting for Lin and Carly to catch up and just as I was just about to step off the rock I spotted something that stopped me dead in my tracks……… a large Krait more than a meter in length, right in the middle of the path. 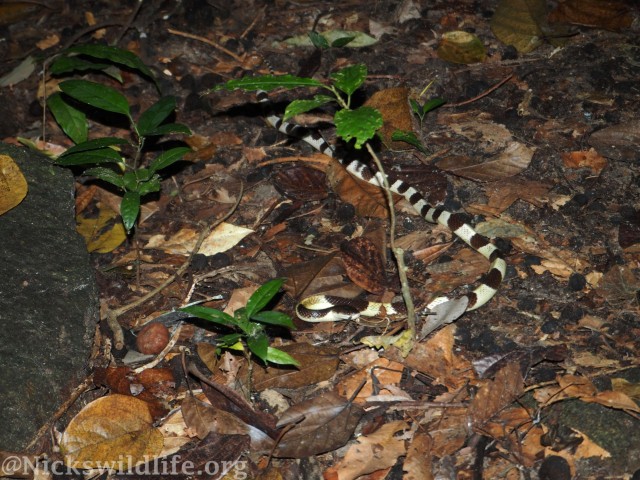 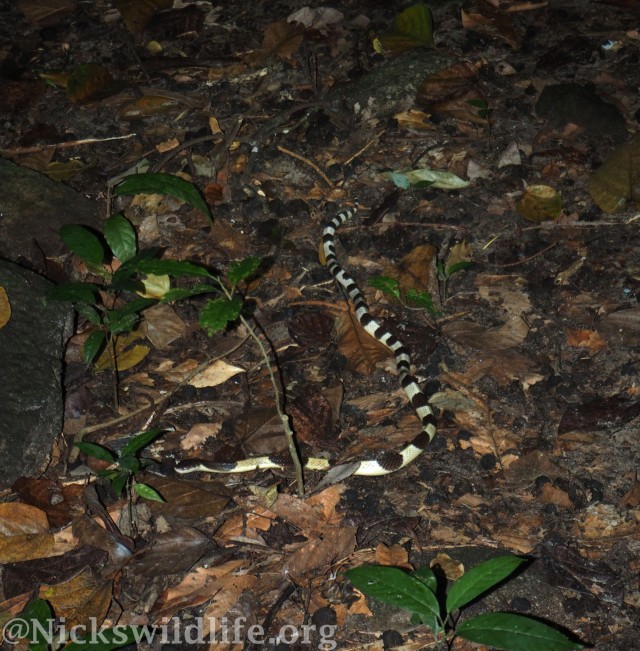 The krait slowly slithering accross the path when it  suddenly decided it had had enough of us and  headed straight for the nearest rock to hide under.

After hiding its head with the ‘if i can’t see you you can’t see me’ attitude for a while, it relaxed a little and emerged from under the rock so we could see it again.

We were all ecstatic at having seen such a beautiful snake but also feeling the effects of a small adrenaline rush at having been in such close proximity to one of the most venomous land snakes in the world, and definitely the most venomous in Thailand.

Yeah, our hearts were racing, and as we made our descent down the hill, we took it in turns at making, what will now be known as “the Krait sound”. This consists of various “wows” or “oooooohs!” as we relived the moment in our heads as we walked. It was quite the experience, one which i’m sure we’ll be reliving for days to come.